What is AppStore Optimization and Why is it Crucial for Your Business?
Uncategorized 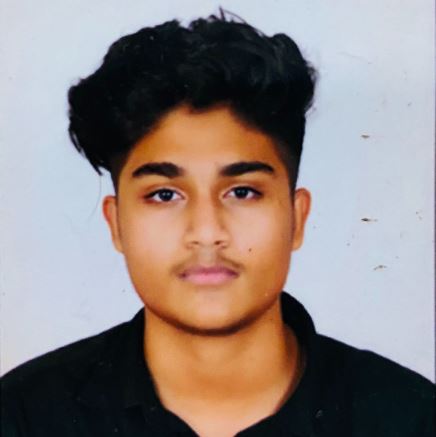 Today, the tech world is running on innovative apps and other technological advancements. The total number of apps in the AppStore and in the PlayStore keeps on emerging. Mobile and smartphone applications are the number one trending topic nowadays, and their utilization has increased over the past couple of years and it’s only going uphill from here on forth.

Let’s say you have built an amazing smartphone application. It is entirely up to you to ensure that it’s available to the users and the app is found and accessed by the users. Simply putting it on the app store and waiting for that to happen is a waste of time. Because it won’t bring people to download the app or even find it in the first place. This is where App Store Optimization (ASO) comes into action. With almost 7 million apps in the App Store, you need the help of ASO for your application to be discovered. Carrying out optimization is crucial for ASO(apps) as well as SEO (websites) because it boosts up your apps’ or websites’ visibility.

What is App Store Optimization?

App Store Optimization is defined as ‘the process of increasing an app or game’s visibility in an app store, with the objective of increasing organic app downloads- according to Wikipedia and other  business guest posting sites. It is the process of gaining app visibility within the app store and enhancing app conversion rates. App Store Optimization is also known as App Store Marketing and Mobile App SEO. ASO’s fundamental objective is to increase the ranking or the visibility of apps inside an app store search engine such as the Apple App Store, or Google Play Store. The main devices that apps are mostly created for are iPhone/iPad, Android phone/tablet, and Windows phone.
Other few goals of ASO includes:

When we take a look at the benefits, there are a lot of things app store optimization has to offer. Although we have learned that its fundamental objective is to enhance the visibility of the app, other than that, take a look at some of the other benefits ASO has to provide-

Why is App Store Optimization Crucial for your Business?

This is one of the major benefits of App Store Optimization (ASO). A well-executed ASO strategy will make sure that the application can reach out to the target audience and it can persuade them to download it and get your business recognized more. To gain more organic downloads, a strategy is implemented, formulated, and is updated on a regular basis. This also helps to let the app stay longer on the user’s device.

ASO helps make apps more visible to the users. That is it helps your application to pop up on the first page of the search result in the app store.

One important reason to get hold of ASO is to reach out to the targeted users who have shown related interests before. This can be accomplished by an enthusiastic ASO team. To make the app more discoverable, the team will add the right set of descriptions and will find out the keywords used by the target audience to set the right track. Hence, the users will be able to follow the trail and eventually will lead them to the app.

Setting the user acquisition cost is one of the biggest concerns of ASO. You have to charge more to your users if you spend more on promoting your app in the online verticals.

ASO reaches out to the global audience and provides it with expected services. ASO service will give your app the right platform to globalize your business. In a nutshell, it widens the app’s reachability and makes it available to people around the globe.

Hence ASO needs to be implemented by businesses and enterprises as it boosts up the visibility of their application to higher levels. Today, various mobile app development services are available, that can help you build better applications. In this fast-paced technological environment, many apps are on the rise, and it’s more and more difficult for a company to have their app seen on the app store. However, by executing a good app store optimization plan, a company will gradually enhance the app’s reachability and unlock the type of potential ASO has in store for them.
At ThinkPalm, our developers leverage advanced platforms such as Google’s UI toolkit, Flutter, and React Native to build incredibly innovative Android, iOS, or Hybrid mobile applications. Partner with us at ThinkPalm and let us help you build your next innovative mobile application!

Feril Hazem is an enthusiastic content writer working at ThinkPalm. He is a techie and self-motivated unique storyteller with a keen interest in writing about the latest technology updates and industry insights. Off the screen, he is a movie buff, likes playing basketball and listening to music.