The COVID-19 pandemic was an unprecedented event in every sphere of human life. As the crises evolved, offices, governments and healthcare sectors have focussed more on technological innovations to cope with and mitigate the crisis. Also, at the same time, the pandemic is causing fundamental changes not only within the organizations but also in the world of technology. From automation to digitalization, there have been several initiatives reshaping work since long before the pandemic; now, it’s taking on a new urgency in the context of business risk and resilience.

The large-scale software systems must be more efficient as well as agile because there are more enterprises/consumers leveraging software systems nowadays than before. Which is why testing, updating and maintaining is an inseparable part of software development. As more people depend on software systems, its test suites need to be precisely updated (maintained) and analyzed to verify new or modiﬁed functionality of the software. For this, several companies simply tried to distribute test execution to remote workers, and are striving to meet tight releases. This is mainly because network and application testing is an intensive process that needs to move fast but often takes a tremendous amount of time and resources to complete correctly. Test automation or implementation of test lab infrastructure provides the opportunity to test devices, applications, and services faster and to establish 24×7 operations from anywhere in the world.

With test automation, enterprises can considerably enhance the cycle time of repetitive test procedures such as regression tests, build tests, and performance tests. Both CAPEX and OPEX savings can be significantly reduced by not only automating but by also testing the software in the language it was coded, such as Python or GoLang. Whether an organization is just beginning to develop a software/application framework or already has a solution in place, combining automation with a precise optimization strategy can exceedingly improve product efficiency, speed, and performance.

What is Test Automation?

Test automation, also called automated testing, is a software testing method that uses special software tools and infrastructure to control the execution of software tests. It then compares the actual test results obtained with expected results. The test execution is done automatically with little or no human intervention. Traditionally, automation testing has been used to perform regression tests or time-consuming and repetitive tests.

Over the past few years, software testing and test automation services came across several major innovations. For example:

The coded test scripts are now more modular, therefore they can be reused in different test automation practices. Record and playback test automation frameworks are compensated by more adaptable keyword-driven and data-driven frameworks, and scriptless test automation tools have eliminated the difficulty of scripting and coding. With such innovative developments, test automation services have now become a business-driven testing solution that not only helps in enhancing the software application quality but also increases the test coverage, therefore delivering better productivity. 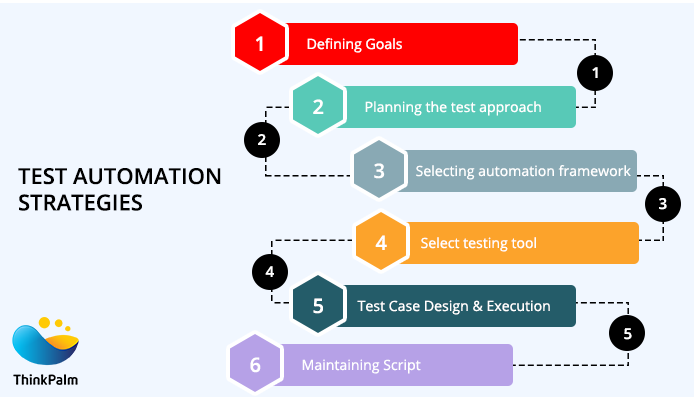 Several products, software, games, or even Internet of Things (IoT) devices have encountered critical delays due to the immediate shift to remote work environments. By implementing test automation enterprises can not only leverage traffic generators to test under various conditions but can also complete the testing process within a short span of time after receiving the DUT (Device Under Test). Even well-developed software/applications that were once running smoothly have been facing lags because of the huge surge in usage. If enterprises are capable of overcoming these challenges promptly, it will give them a competitive advantage over others who are slower to react. Apart from improving test flows and investing in continuous testing (CT), here are some other benefits that enterprises should consider about test automation.

The Benefits of Choosing Automation Testing During Covid-19 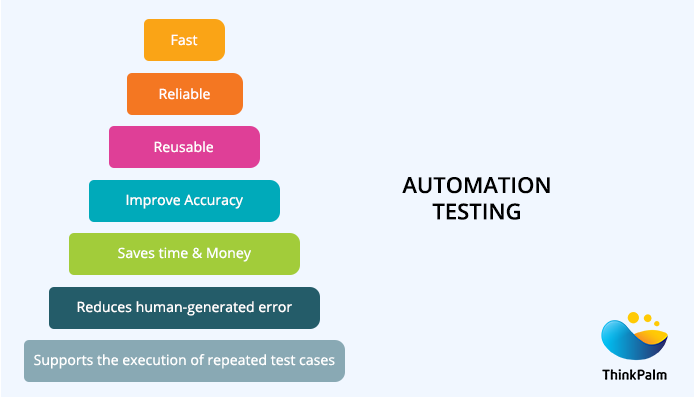 Under the current circumstances, testing might not advance at the same pace as development for various reasons, and delays may be augmented due to the nature of remote work itself. Delays which include, testers being provided with highly confidential data, that cannot be accessed outside of a secure environment or even lack of proper resources to test products under certain circumstances. This is where Automation Testing enables organizations to increase their testing speed, cut costs, and maintain product quality without having to depend on manual testers or remote working.

It achieves this by :

Throughout the COVID-19 pandemic, technology has played a fundamental role in keeping our community functional and practical in a time of quarantines and lockdowns. This has not only increased the number of users for softwares or applications but has significantly increased network bandwidth requirements for telecom service providers. Which is why enterprises have to make sure that their product meets the requirements of users around the globe, and one way to make sure is by using traffic generators.

Traffic generators are fundamental for the testing and development of both applications and networks. They have the capability to generate the synthetic traffic in a controlled manner which will be similar to the traffic obtained once the product goes live. Therefore, developers can further analyze the performance of the application or networks under various conditions and make critical updates. The COVID-19 crises have made networks remarkably diverse in terms of technologies, protocols, applications and devices. Thus the need for flexible traffic generator thorough test automation arises which can efficiently test products under extreme or diverse network conditions. At ThinkPalm, we offer Testing as a Service (TaaS), where enterprises can leverage test infrastructures, traffic generators and test experts through outsourcing. Therefore, enterprises will not have to spend hefty amounts by investing on infrastructures and generators; but can attain custom automation service when and where they want.

Test scripts are the basic element of automation. A test script is a sequence of events or commands that are stored in a script language file mainly to execute a test case and report the results. It is mostly done in the same language as the software code. It contains logical arrangements that influence the execution of the script, creating multiple potential pathways, constant values, variables whose values change during playback. Therefore software coded with Python or Go Lang will be tested with the same language, making it easier to make updates and fix errors. The advantage of using the same language for the testing process is that scripts can repeat the same instruction many times in loops, each time with different data and algorithms; thus making bug detection easier. ThinkPalm’s automation testing services covers a wide area of business and organization from the consumer, financial, government, healthcare, industrial and manufacturing to service industries. Organisations that have products or software coded in multiple languages. With our expertise in testing, we have acquired deep domain knowledge in the fields of datacom or telecom, networking, wireless, CRM, logistics, web applications, custom windows applications and mobile applications. We also offer an extensive library of test suites (for conformance and Layer 2/Layer 3 testing).

The Benefit of Continuous Testing With Automation

Testing is often viewed as one of the biggest bottlenecks in the SDLC; Continuous Testing (CT) takes the testing phase from the end of the SDLC and instead sprinkles it throughout. By performing this, testers are not only reducing the amount of effort that needs to be done at the end but also limiting reparative activities by introducing a higher focus on quality from the start. CT was founded under the goal of prioritizing quality over project schedules; couple this with the fact that businesses want to release newer software faster to users, and a new way of testing was born. It is also essential to automate the monitoring process in both production and testing environments. When there is an issue or something goes wrong, Test Automation can precisely detect the error much quicker. Most of the time, such failures are also notified to responsible testers/developers via email or other collaboration tools.

Several enterprises completely automate their integration, build and delivery processes but have trouble in integrating with automation tools, test orchestration, and frameworks. DevOps services help the development team to go beyond the roles that are only concerned about development to those that support it. Such as operations infrastructure and monitoring, customer support, and analytics. This development in testing broadens the network of experts who collaborate, which will moreover enhance the boundaries and nature of testing. By utilizing DevOps, automated testing can be part of the deployment pipeline, continuous integration, or even delivery. Deployment pipelines are the automated implementation of your application’s build, deploy, test and release process. The deployment pipelines are a way to empower teams to take control of their deliverables. Continuous testing can operate as a constant process where every time the pipeline starts, tests are partially completed. It also gives the developers/testers updated reports on the quality when undergoing different stages of development. It can help understand if the automation executes the correct steps correctly. This includes the automation used for deploying services in different environments. With deployment testing, the testers can monitor the infrastructure and examine whether it is in the state where it should be. DevOps and CI/CD will give teams control over their automation when they are relying much more on it.

How Can A Better Test Lab Infrastructure Make Automation Easier?

The two major categories of test activities that tend to dominate these test lab environments are:

These tests are mainly done to ensure that new products will work properly in combination with a variety of other products that are installed in target deployment environments. For service providers and cable Multiple system operators (MSO), this may involve certifying new software and devices against all related production architectures, testing against common customer deployment architectures, and custom testing for strategic accounts.

For this, when a field customer issue is reported, technical support engineers must assemble the same scenario and configuration in which the field problem occurred and replicate it so that test engineers can analyze the issue in context. Once a solution is received, support engineers must then confirm that the problematic behavior is fixed in configuration before deploying the fix to the network. Both of these testing use cases demand the effective reuse of virtual resources in variable configurations, multi-vendor equipment, or test topologies. 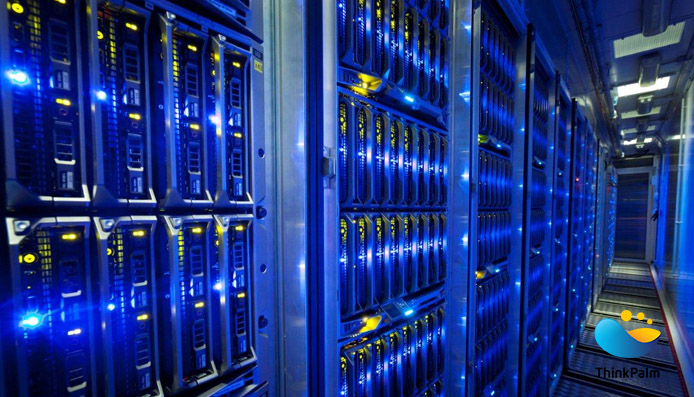 At ThinkPalm, we provide automation labs to help precisely test, recover and update your product issues or move onto better servers. Our tools accurately streamline and automate these complex, time-consuming processes. Thanks to our unique test labs and infrastructure, enterprises can detect and prevent errors at increased speed and quality and decreased cost. We deliver best-in-class quality standards in the evolving product and application environment and adhere to mission-critical software testing lifecycle requirements with in-house testing and verification teams using a lab-on-rent model.

Few of our test labs include :

Successful test automation deployments require assigning resources with programming and data architecture skills to build and maintain the object library of inventory resources. The system of automation will help the tester to inspect test artifacts with the least required amount of eﬀort for fault detection. At ThinkPalm, we utilize top automation tools and employ testers who execute innovative automation frameworks using high-end testing infrastructure. We implement a broad range of test automation services that helps in decreasing testing time with better cost savings, thus enhancing application quality. Through our advanced techniques and the help of continuous verification, validation and quality assurance service, we bring in great advantage to all our clients.