An Introduction To TestComplete And Its Features!
Technical Feed 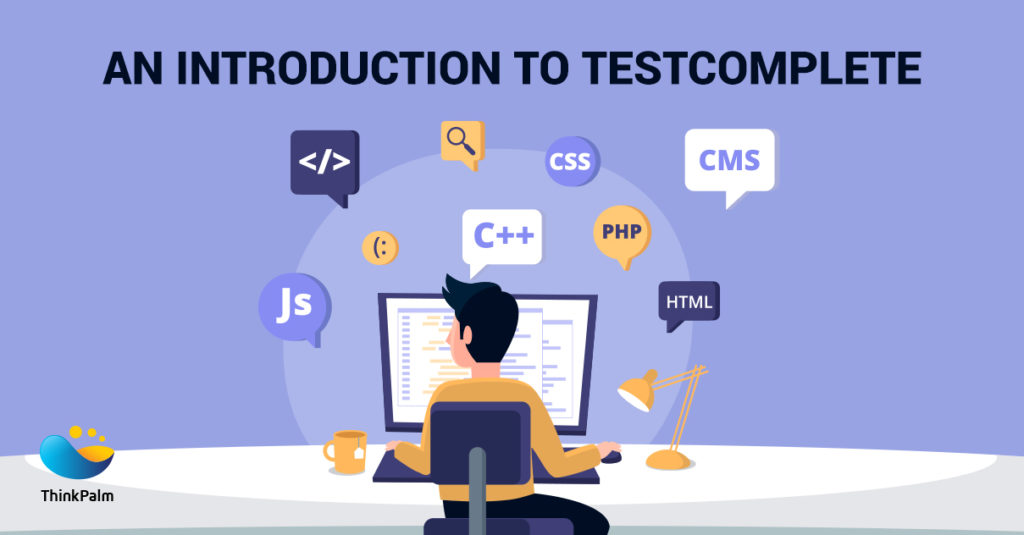 TestComplete is an Automated UI Testing Tool developed by SmartBear Software. It helps us to create automated tests for desktop, web and mobile applications. It supports a wide range of applications and technologies such as Windows, WPF,.Net, Delphi, Visual C++,Java and web applications and services. It also has native support for Behavioural Driven Development (BDD).

Combining Artificial intelligence with a feature-rich automation tool made the automation testing process an easy task. Self-healing suits feature of Test complete has lowered the time and efforts for maintaining the automation scripts to a great extent.

TestComplete is also known as scriptless tool as its Record and Replay feature enables testers to build complex solutions easily without even writing a single line of code. Test complete supports a large set of programming languages which increases the usability of these automation tools among the testers.

It supports programming languages such as JavaScript, Python, VBScript, Jscript, DelphiScript, C#, and C+. In addition, TestComplete enables testers to create a script from the recorded tests with few mouse clicks. TestComplete allows us to run the automation scripts within TestComplete itself and also allows us to run from external applications such as Test Execute.

TestComplete has a feature called checkpoints (image, property, table, etc) which enables us to verify the object state during the test execution. By using the Image checkpoints and Image Repository feature in Testcomplete, we can validate moving objects in the application.

Record & Replay feature allows us to build a solution for complex scenarios without writing a single line of code. Once we record the action from a wide range of desktop/mobile/web applications, we will be able to play them back.

Test complete comes with support for seven different languages which enables a wide range of testers to write automation scripts. In addition, Testcomplete allows us to convert the recorded /keyword-driven test to any of this language set.

Test complete has a Hybrid engine that combines the unmatched property-based object recognition with AI-powered visual recognition to detect all categories of UI elements in the application and perform wide set of actions.

As many of our automation tests are tightly bound to the object properties, most of them tend to fail when the properties of recognized objects (Controls) are updated. TestComplete comes with an AI-powered self-healing capability which will identify the unexpected errors and also recommends alternative for the same. This prevents automation failure due to object property changes and saves time and effort for reviewing failure cause.

TestComplete comes with built-in support for many technologies like desktop, web, and mobile technologies including Windows, Java, AJAX, WPF, and HTML5. The powerful object recognition algorithm with AI will let us identify elements across any technology and will work irrespective of the device screen size, resolution, or language configuration.

TestComplete allows us to access any kind of HTML5 elements including Shadown DOM and Custom Elements, making script creation seamless even for the web. Other ways of object identification can be done through the use of built-in methods such as Find, FindAll, FindChildren, and FindAllChildren. By using these methods, we can locate the control whose position is not stable on the webpage.
Example: ParentControl.Find(PropertyName,PropertyValue,Level)

By using various Test Management tools and defect tracking systems, we can share the Testcomplete reports and bugs to the stakeholders. TestComplete provides details log after each test executions. The Log can contain the images and detailed step by step explanations based on the actions performed on the UI element. The tool allows us to export the logs in multiple formats such as JUnit, HTML or MHT, to easily share details with other team members even if they don’t have TestComplete installed.

10. Record Videos of Your GUI Tests :

Testcomplete allows us to get the video recording of our test runs which enables other teams to identify the issue without invigilating the logs, which means you can debug faster. VideoRecorder does not come with the TestComplete bundle. It is distributed separately from the product. You can get it from GitHub for free:
https://github.com/SmartBear/testcomplete-videorecorder-extension

TestComplete is famous for creating Keyword-driven Testsuits. Each test is built on a series of operations, specified by keywords that simulates a user action such as keystroke or mouse click. It enables anyone, regardless of skill level, to create automated tests through drag-and-drop actions, meaning you can build reusable UI tests that are easy-to-read, all without scripting knowledge.

Vaisag G works at ThinkPlam as Senior Software Engineer –Testing . He is passionate about Automation Testing and his hobbies include singing and travelling