The Telecom industry is drifting from the legacy Device Management approach and embracing the newest trend -Services Management. Connecting with this technological change, service providers are bringing in ideas to simplify the Network Management functionalities. A recent development on this front is the implementation of NETCONF protocol for Network Management. ThinkPalm developed NETCONF interface support for the VOIP ESBC device series of one of the major players in the US telecom market. The development was done on Linux operating system with the help of open source packages OpenYuma, Redis and FUSE.

In the present networking industry, 70% of the device configurations are performed using CLI, though it is difficult to manage each system centrally or individually. SNMP, also, is not suitable for configurations because of its various drawbacks – insecure transactions over UDP, protocol specific security instead of standard mechanisms like SSH, and the unavailability of batch commit or rollback features. The NETCONF protocol was designed to address the shortcomings of the existing practices and protocols such as CLI and SNMP. NETCONF takes care of all the existing configuration management drawbacks by providing XML based transaction over SSH. The new user interface can provide a highly secure, easy to use, XML based configuration management solution that helps reduce the time, cost and manual effort involved in network element configuration.

The main challenge in the new design was to take care of the existing stable system. Since minimal changes were allowed in the existing architecture, the device had to undergo thorough testing which was tedious and time consuming. The implementation of XML template engine and FUSE file system along with the porting of OpenYuma and Redis DB were daunting but attained fruition with the expertise of our team.

In the existing architecture, the configuration is performed through various interfaces like WEB UI, CLI and SNMP. Yet, ACID properties – Atomicity, Consistency, Isolation and Durability are not maintained due to the absence of a layered architecture. ThinkPalm provided the client a new user interface NETCONF, a virtual file system and a database to achieve the ACID properties. Open source packages OpenYuma and Redis DB were ported and implemented in a file system based on FUSE library. A template engine was implemented for coordination between the file system and the database. NETCONF implementation created a common layer which in fact, provided all the necessary functions to achieve the ACID properties as well as a next generation user interface to the device. 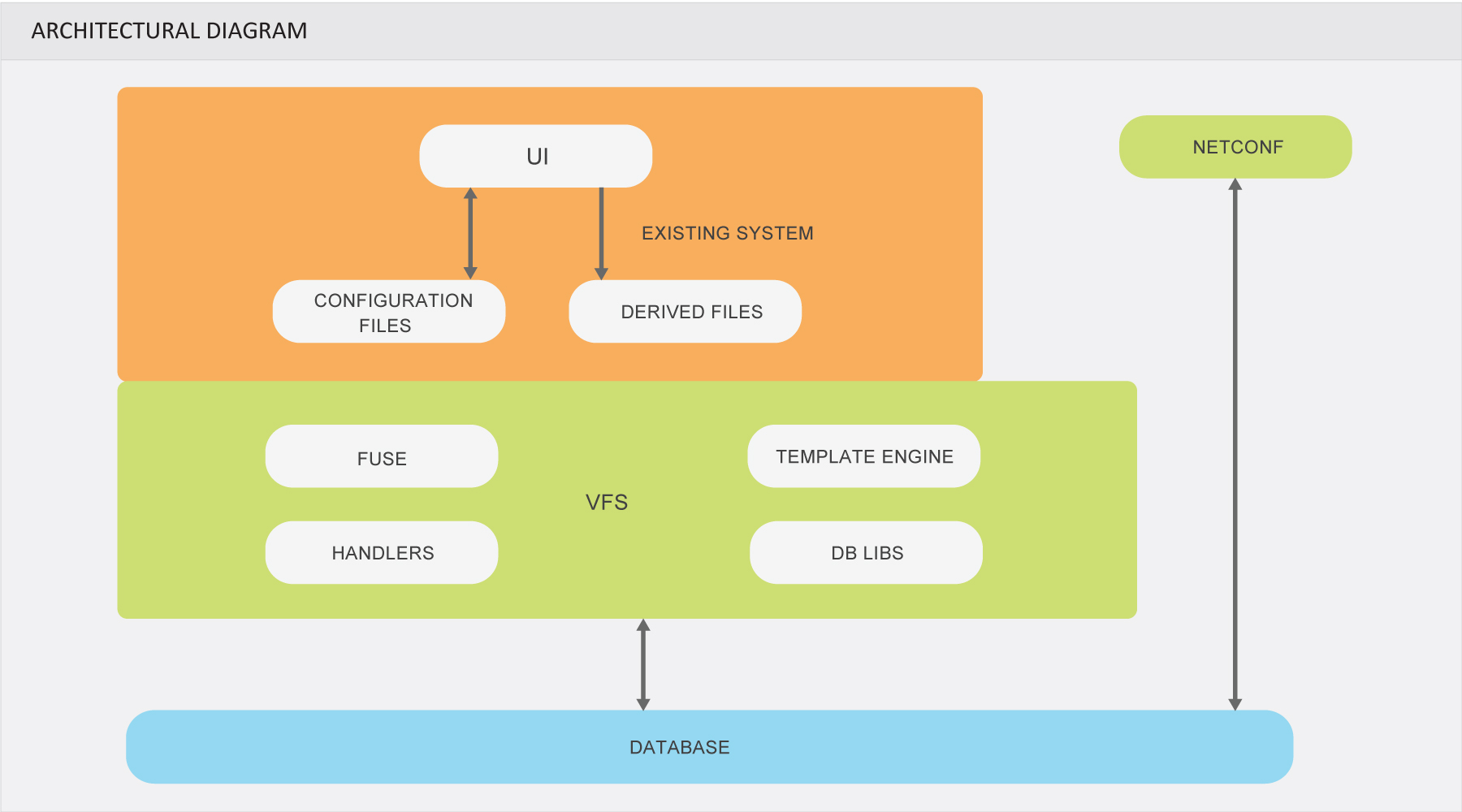 The NETCONF configuration protocol addresses the shortcomings of the existing management practices of CLI and SNMP by providing secure management transactions over SSH and a standard XML based encoding for configuration data. The solution, with its standard common layer architecture, offers faster time to market and is suitable for managing next generation SDN/NFV based network systems.